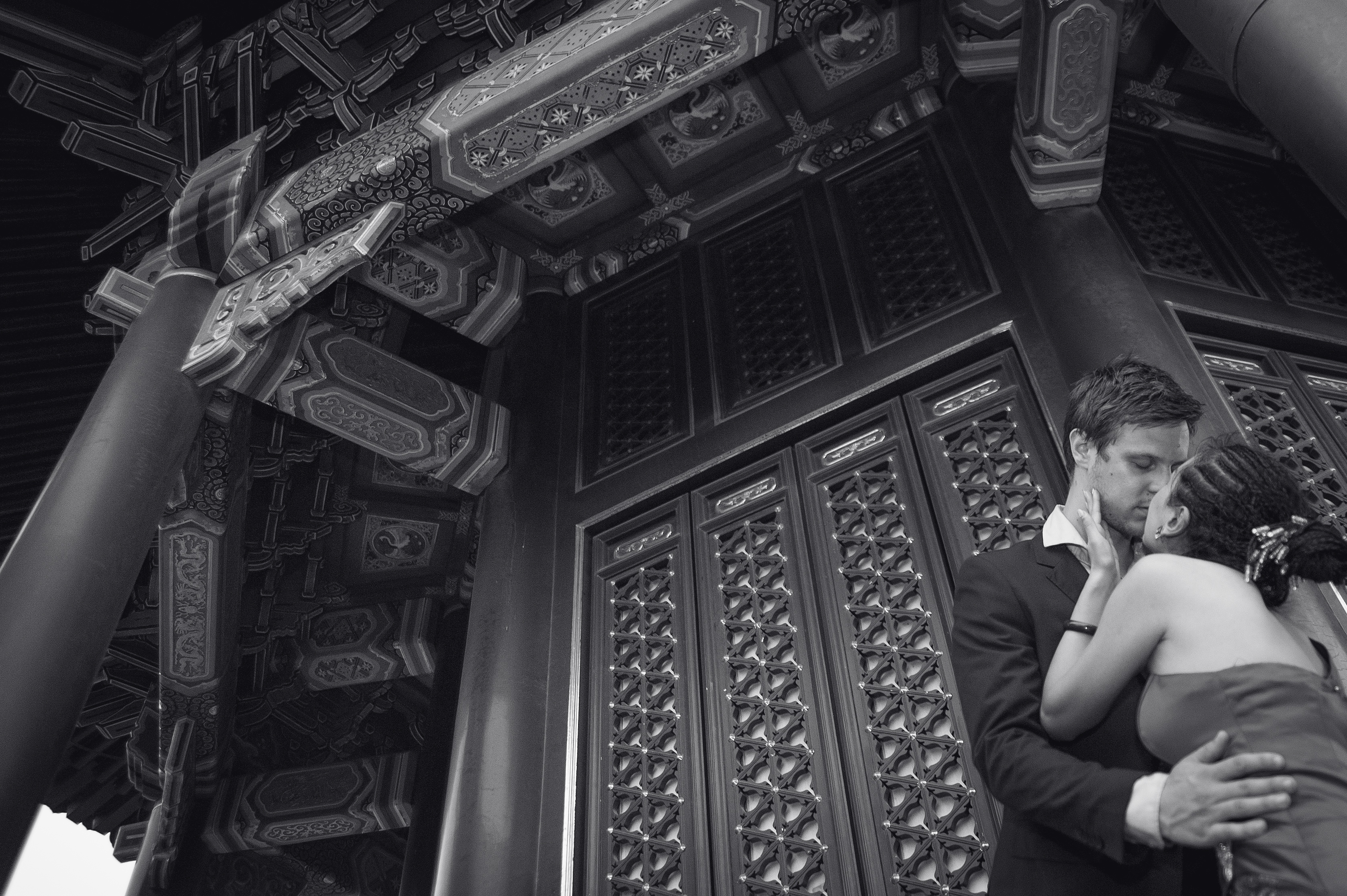 Today was a day in between the two. Positive, but hella lazy. After editing the first batch of my first ever “We-are-getting-married” pictures for am hour, I needed to get the fuck out of my house. Post process on important photos I only do an hour at the time, because as an artist you can easily stare yourself blind on what your working on. Too focused on the details to see what really matters, the whole.

Yong Café by the Lama Temple

Yong Café on Yong He Gong Da Jie is my favorite place for a coffee, so I go there when I need some cheering up (or happen to be craving a toast with a too-good-to-be true salad dressing reminding me of my favorite Mc Donald’s burger I havemt had in 15 years, the Mc Feast. The amazing burger nobody remembers. Was it all a dream?)

After stuffing my face for a bit, it was getting dark and it was time to go back.
Outside of the Lama Temple entrance sits my friend Wang San. He is 44, from Si Chuan province, burn victim, and because of that a begger. I haven’t asked about when or how it happened, but today he showed me his arm and I could see the beautiful color skin he has. Like light expensive mustard. We were talking about favorite food and drinks, and I asked about alcohol. The parts of his skin where he was burnt feels uncomfortable when he drinks alcohol so he cant. All he really wants to do is fly the kite or drive cars, but he can do neither because his hands won’t open properly anymore. Using chopsticks still works though, which is cool. Still his mood is always fantastic! Today he was sitting by himself in the cold, holding on to his metal bowl with a few RMB in it – still much more energized and happy than me, who just came from a nice waffle meal and a hot cappuccino. Fuck I am spoiled.

My Chinese is fading.. I studied the first 2 years here, then I’ve been focused on other stuff, like photography. So that sucks, but it’s on my To Do list for 2017. Even though my Chinese is basic, Wang San and I sat together today for an hour on the curb talking shit. Everything was great, I just wished we had some hot tea! My mind space of today was bad, but he fixed it. I am very thankful for him, because he is so genuine when talking to you. Not just nodding and smiling like people usually do. Eventually his ride arrived, we said goodbye and I walked home feeling much better. He calmed me down by just talking with me cus he makes me laugh. And he protected me like a true friend when people came to bother me, asking questions about where I am from, how old I am and what I do. Wang San sent them away going “Cant you she is talking to her friend?! Go!” And they did. Even apologized! to San. He knew I wasn’t interested in talking with them, that I was trying to figure out how to rid myself these curious folks, so he took it upon himself. Cool guy for sure. Another woman came around wanting me to pay her for reading my hand, I just eyed San for a second and he shook his head “Nah, she is a lier”, and I sent her away. San told me the man with the long beard who was asking all those questions, was just hoping I would eventually let him touch my face. San said he didnt know him personally, but he knows the kind.

I asked a little bit about how much money he gets in a day but it was too hard to say he said, however it is not a lot. Roughly 10 people a day during his 10 hours of sitting actually gives him anything. And people usually just drop in a few RMB, so he is no rich man.

An American friend of his got him a cup of coffee once because he wanted to see if he liked it. But ofc, it was too bitter. This is the common reaction to coffee among Chinese people, but like for us as well, it’s the bitterness we grow to like. That is exactly why we drink it, because it is bitter. I guess coffee for us is like Bai Jiu for them; it hits the right spot the right way, after some getting used to.