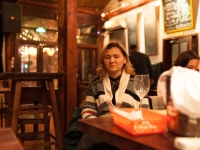 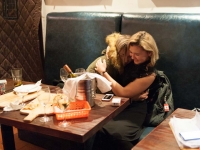 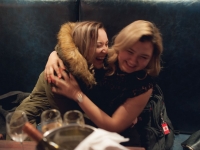 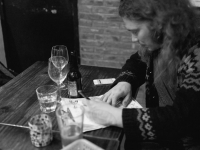 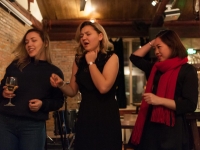 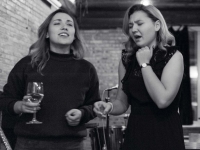 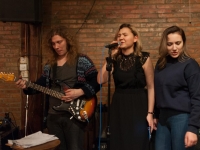 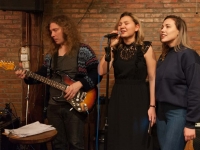 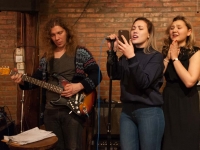 Leave what’s been. Plan for what’s to come.

The phrase above is something I came up with the other day, when meditating over the fact that I cling to things for too long. I hord things. Freak out over change and am terrible at any kind of transsion in life. With that said, a new perspective on my favorite bar has come to mind. It has been atleast 7 months since I last set foot inside the cozy, chill Hutong bar 4 Corners. 2 weeks ago during Ramos Sunday Funday me and my friend Chang sat down next to 2 Comedy Club China guys. – Oh, you guys already know Sanna? she asked. – Yeah, she took some pictures of us 3 years ago back when 4 Corners was still cool, then she forgot all about us.

But they have just started hosting talks with musicians on stage to help spread the word about HOW music is made. Teaching newbies how lyrics are written. And through their Open Mics they are encouraging beginners to dive in, while at the same time giving bands a place to rehearse infront of live audience. How can something so awesome not be cool? I believe, that this kind of encouragement and support is beyond cool.

I asked him, so what is cool now then?
– This place is pretty cool… He said, referring to Ramo.

Last night of shooting Lush Rush. First assignment given to me by Aaron, who usually handles all the lush things. That dude is superbusy this week with other clients and trusts me enough to shoot an event. This was my 3d night at Lush and I have gotten to know some people, which makes it all a lot more fun.

People on the stage were amazing! Most of them kept me moving and singing along. This guy, Ran, to the left, pulled a great Lorde – Royal cover. This Japanese fella below, was an ex mob guy who first got on stage wearing a fancy suit. Took the jacket off and revealed these magnificent tattoos. He didn’t speak any English but he didnt need it. He brought up a translator and this other guy sitting him holding a sheet of lyrics to him up on stage. What a man, so much power.