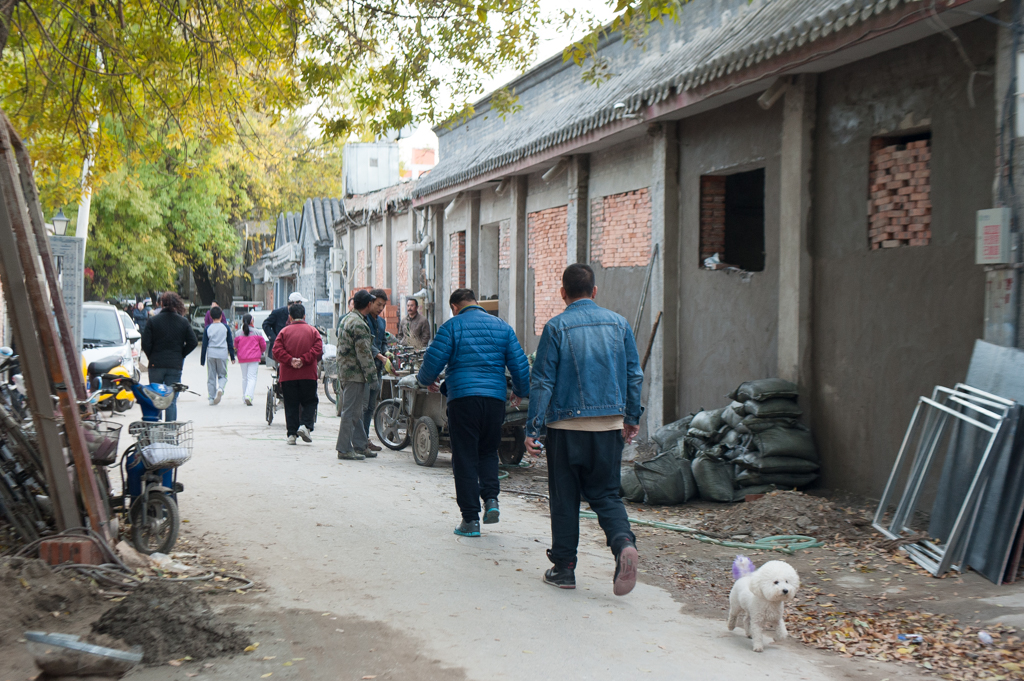 Baochao Hutong is one of the hutong alleys on Gulou Dong Da Jie, the big street leading up to Drum and Bell tower. Gu means drum, Lou means tower. Baochao is a hella busy street full of people and shops. A lot of small shops for the locals, selling vegetables, window repair, all-around-fix-your-house-up shops sellings sinks and what not. there is also restaurants, hairdressers, jewelry stores, shoe and clothes. 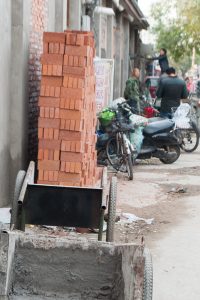 Foreigners come here for noodles and dumplings at Mr.Shi’s, burgers at Serbia Burger or drinks at Modernista. Modernista is a very popular French owned barm, famous for there events and weekly Drink and Draw on Tuesdays. They are constantly supporting local artists with exhibitions, even me once through Scratching Beijing.

Semi related side story: More importantly, my favorite store/coffeeshop/systembolag/bar is there. A magical place called Wine Dance Supermarket. I go there to buy my Japanese eggs, gluten free pasta, fancy granola, Argan schampoo, tomatoes that are actually red and have taste (at the market you only get vampire tomatoes. They are really pale and makes you wonder whats wrong.), sour cream, avocadoes, deodorants etc. Recently I also started going there for a quick fix of coffee as well. Their Cappuchino’s always contain double espresso shots, and cost 15 RMB. No other place gets you a nice hot tasty strong coffee with cinnamon on top for that money. Plus you can buy a whole bag of your favorite cookies for normal supermarket price to go with it, instead of putting 30RMB on 1 piece of cheesecake. Winedance is now joining in on the rebuilding wave, so they are adding a second room to their shop. Planning to maybe start making sandwiches and put tables inside. Now they have tables outside, or they can pull up a chair for you if you rather stay in there. About a month ago they introduced Chinese organic eggs from rural China. A brand called Ben Dan, which is hilarious, because “ben dan” literally means stupid egg. It is an insult you would use to someone who is an idiot. Once I heard a women shouting that at her dog who wasn’t moving out of the way properly when cars were coming.

However, Baochao is being rebuilt. It is one out of several methods the government is using to reduce the Beijing population. They want it down by 15% in 4 years. This is why people started getting kicked out of their hutongs recently, and apartments. Whats is happening on baochao is the samething. The goal there is to make it more of a commercial street. They don’t want it to be packed with people just dwelling around, living inside of the shop they are working at. They want each shop there to be a shop only. But its is very common for people to move in to Beijing from the countryside, renting a small space from where they sell cigarettes, alcohol and a few other things people buy often. Then keep a bed behind the cashier for the whole family of 3. Soon this will be a thing of the past. 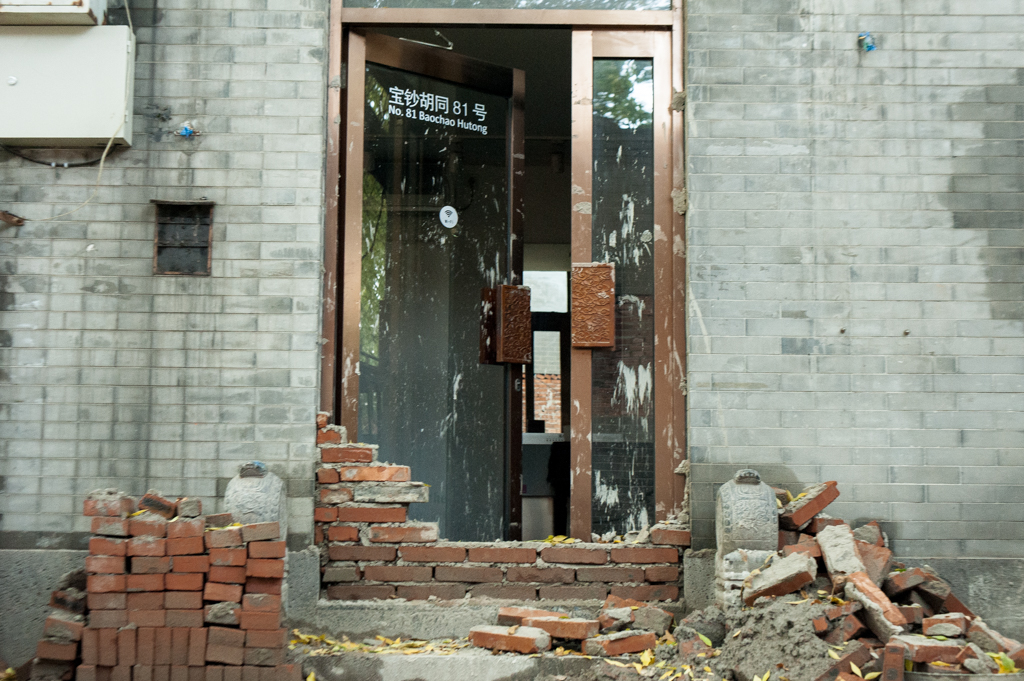 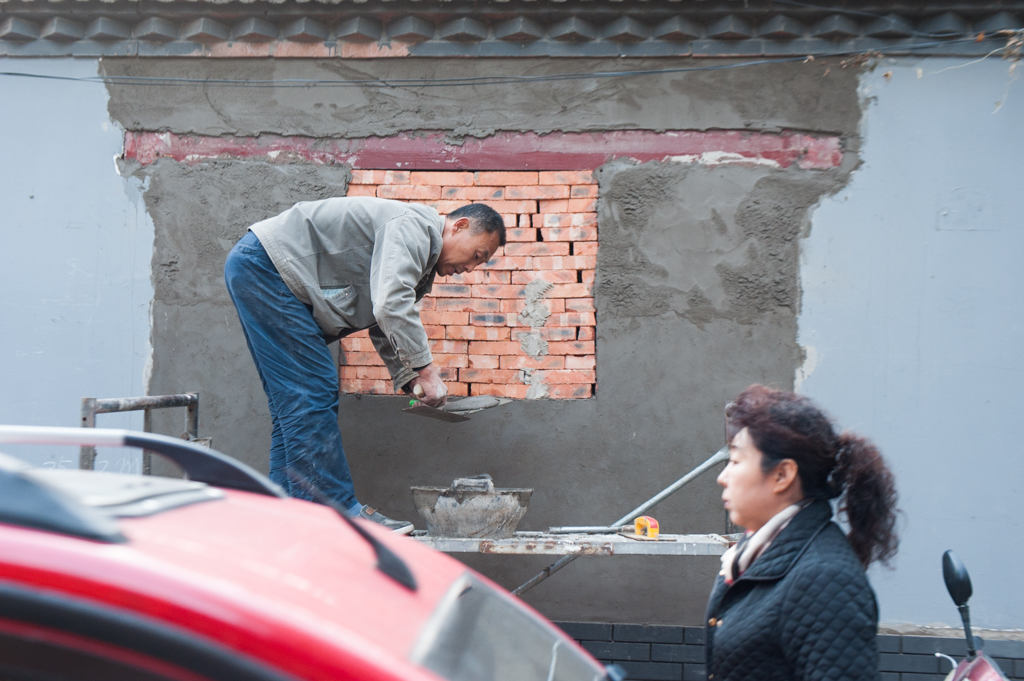 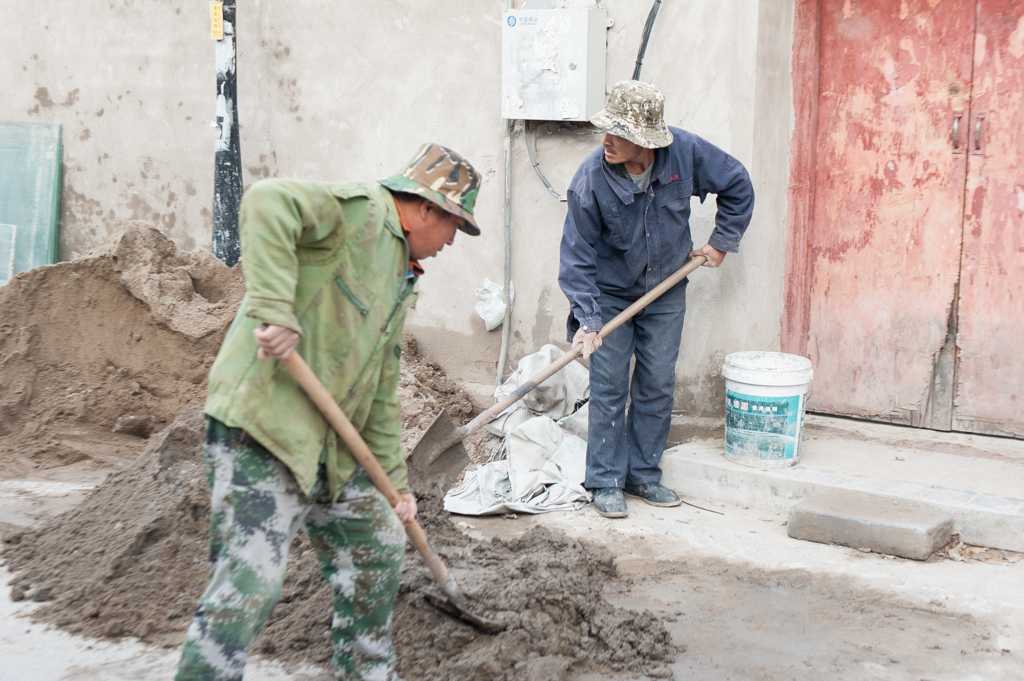